The successful executive-the leader, the innovator is exceptional. He/she is not a conformist, except in his/her adherence to their own ideals and beliefs.

You’ll go much further if you stop trying to look and act and think like everyone else.  Try being a nonconformist for a change. Be an individualist. You’ll be amazed at how much faster you’ll ‘get ahead.'”

A businessperson who wants to be successful cannot afford to imitate others. That the majority of businessmen think this or that, does not necessarily guarantee the validity of their opinions.

The nonconformist businessperson who follows their own counsel, ignoring the cries of the pack, often reaps fantastic rewards. You must be very much of an individualist who can think and act independently. You must be an original, imaginative, resourceful and entirely self-reliant entrepreneur.

Ability and achievement are bona fides no one dares question, no matter how unconventional who presents them.

Includes excerpts from ‘How To Be Rich’ by the late Billionaire J. Paul Getty. 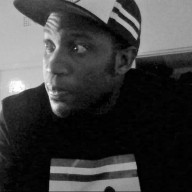